Yesterday was awesome!  It was the last training run out on Antelope Island before the race.  We were meant to do 23-24 miles on the trails, but the conditions were very rough and painfully slow going.  The snow was deep and crusty, anywhere from just punching through to calf high in places.  A large group ran quite a bit of the trail, but another runner and I decided to cut down to the ranch road and get off the trail.  We saw many others who had the same idea and by the time we got back to the parking lot 90% of the cars that had arrived at the same time as me were gone.

I ran in the snow for nearly an hour and a half and only made it five miles.  This section of trail wasn't too bad. 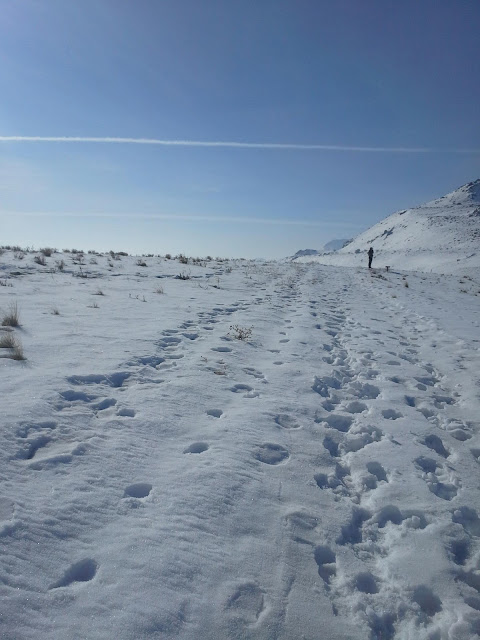 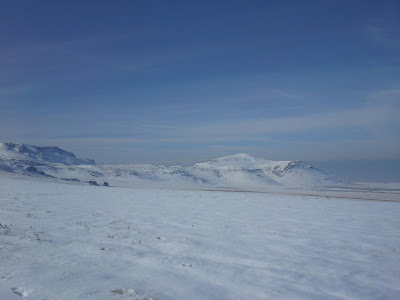 I ran with a fellow named Jeremy, a nice runner who was running the same pace as me, who I ran with the last time I was out on the island.  We chatted about running, our spouses, and other interests.  Plus, I picked his ear about drop bags and running fuel and got some helpful insight.  It wasn't as nice as a dirt trail, but much better than running in town. 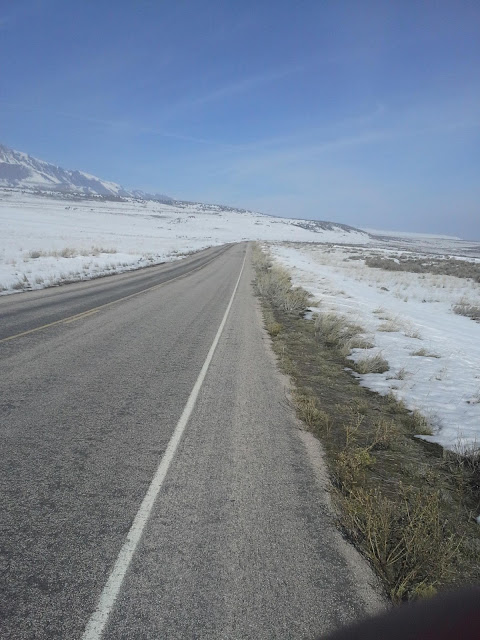 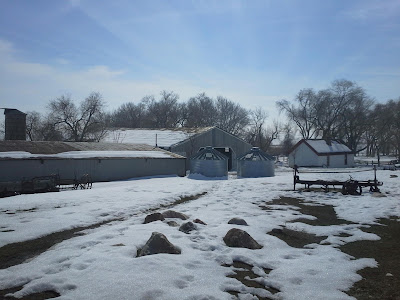 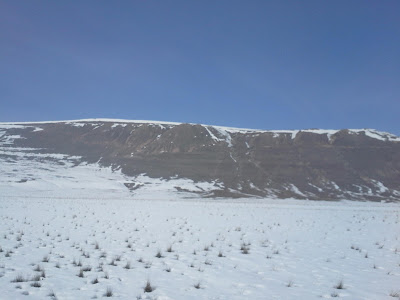 This was my second longest run ever and the peak of my training for the Buffalo Run, now only twenty days away!  There were times where it felt pretty hard, around mile 14 and then again around mile 17, but I was lucky to have company and a beautiful sunny day.  I finished strong and am feeling very confident about the 50k.  Now, if the snow will just melt off the trail!

...Because I'm sure you're wondering...  Aside from the wicked sunburn on my face, ears and neck, I feel great today!  Bring on race day, with some sunscreen of course!
Posted by Renee at 8:48 PM