Teach me how to Jurek

Today Scott Jurek was at my local running store, Wasatch Running Center.  He did a group run, then talked about his book, answered questions and did a book signing.  I was so very excited to be there!  He was a very nice guy and made it a point to run a little bit with everyone in the group.  I told him that I read his book and about my first ultra.  We talked a bit about the Antelope Island runs and he asked me if I was going to do another ultra.  I told him I was going to and that I felt good afterward.  He commented that that meant I did my training right!

In from the run and geeked as ever. 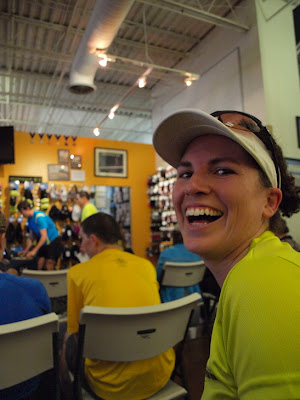 Poor Katherine was having a fight with asthma today and asthma was telling her who is boss.  She just came for the book signing. 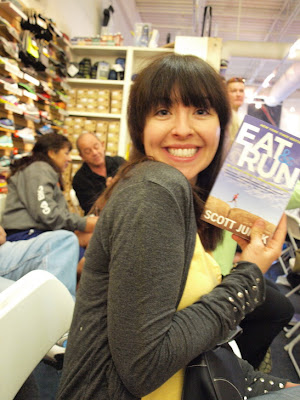 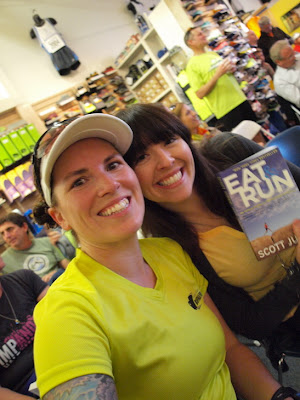 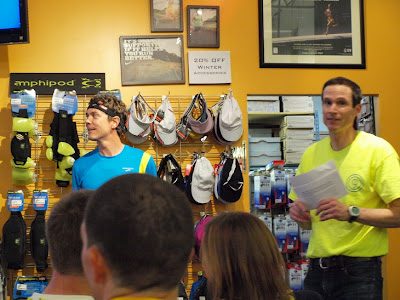 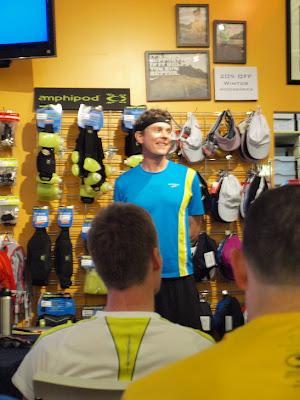 At the end of his talk he did a few give always.  I knew that the person in his book who said "Be somebody" was Dusty!  I got a package of kinesiology tape.  I've never used tape before, but hey, I have the chance to try it now. 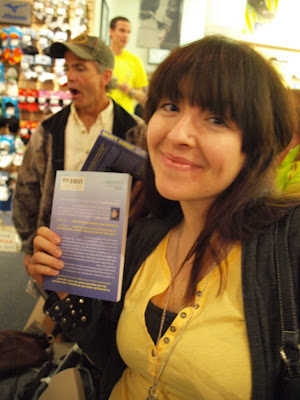 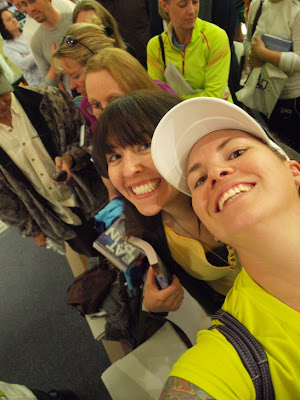 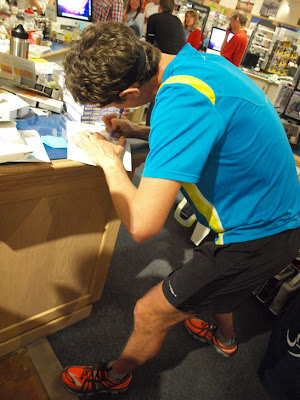 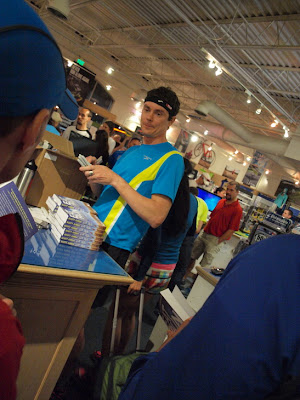 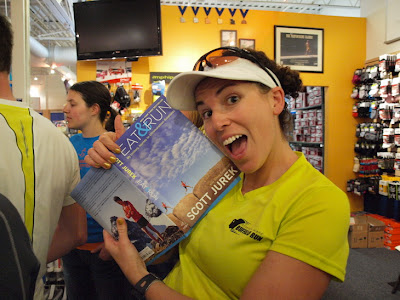 My turn!  What a nice guy.  He was very humble and appreciative to everyone.  It was a pleasure to meet him! 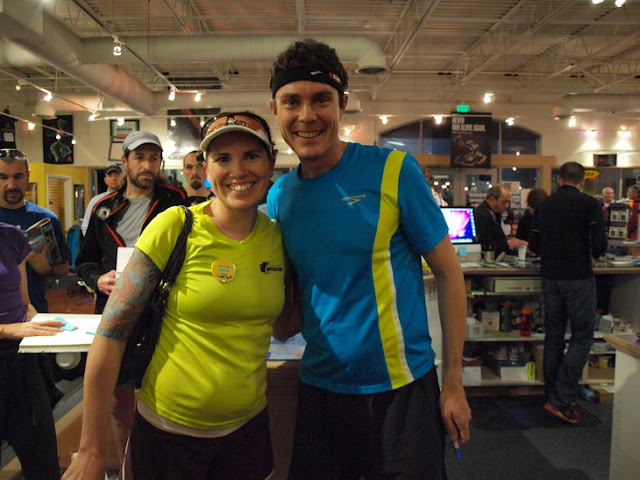 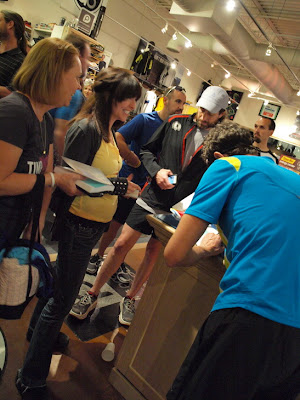 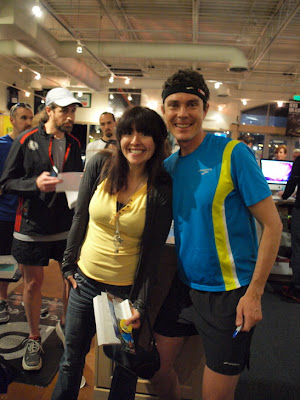 Yes, Scott Jurek, I will! 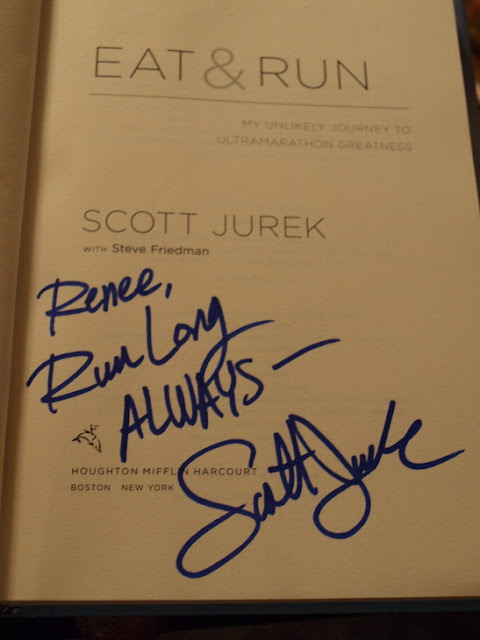 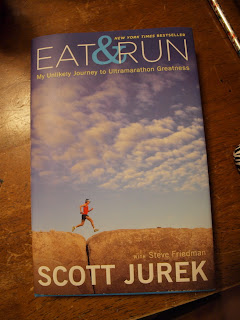 Oh, and don't forget the awesome buttons that Katherine made us and he signed!  You know this is going on my hydration pack!!! 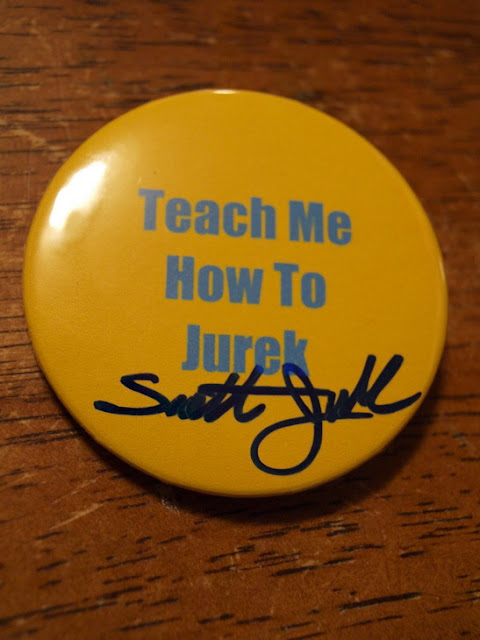