Today was one of those, "are you out of your mind" moments I have occasionally.  It started when I had planned a 7-10am trail run with Katherine, but forgot that Jeff and Kurtis were leaving town for the day at around 7:30am.  So, Katherine, being as sound of mind about running as I am agreed to go from 4-7am instead.  I picked her up at 3:45am and we headed to Corner Canyon.

It was sprinkling when we arrived, but just the rain didn't hang around.  Before I go any further, let me remind you that Katherine and I played Miss Olympia together on Wednesday and were both still sore.  We were slow.  Very slow.  The darkness didn't help.  I've run before sunset loads of times, but this was two solid hours in the pitch black of early morning.  I can only imagine how night time could take a toll on the runner who had already been on her feet all day.
Along our slow trudge uphill in the dark we spotted a toad, two tarantulas and the same baby owl, three times.  The owl kept landing on the trail ahead of us and then flying away as we approached.  SO cool!
Plus, we found  an awesome shed deer antler, that I put in my pack to bring to my lovely runner friend, Lindsay.

Despite the excitement of darkness and wild life, we kept dwelling on our horrific pace until finally we arrived at the top of Maple Hollow trail in a neighborhood!  We were shocked that we had made it to the top of the mountain and we didn't even know it!  We had climbed over 1,000' in about four miles.  In the dark.  With sore legs.  No wonder we were slow!

The run got better from there, but we were still both dragging the whole way.  We didn't make it quite 12 miles, but were happy with the distance we covered.  And as always, despite being sore and tired we had a little fun.

Heading to Katherine's at an hour that used to be bed time... 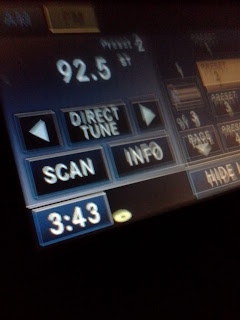 Toad in the road. 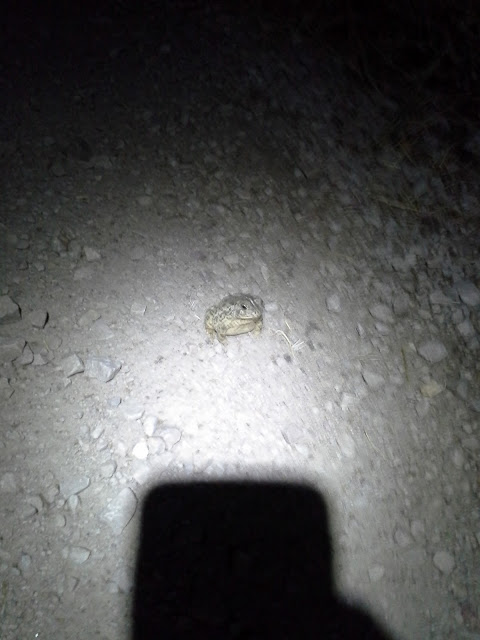 Tarantula #1.  He is in the dead center of the photo, just out of the circle of light.  This fella was kind enough to scurry out of the path for us.  Tarantula #2 just sat there in the middle of the trail, daring us to go past him.  There was a bit of squealing involved when we passed both of them. 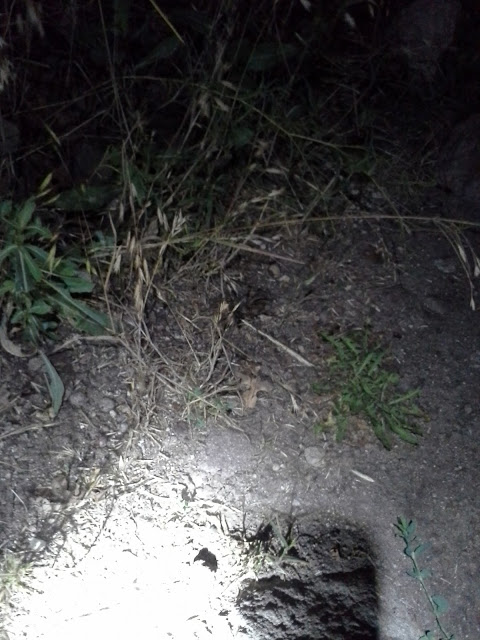 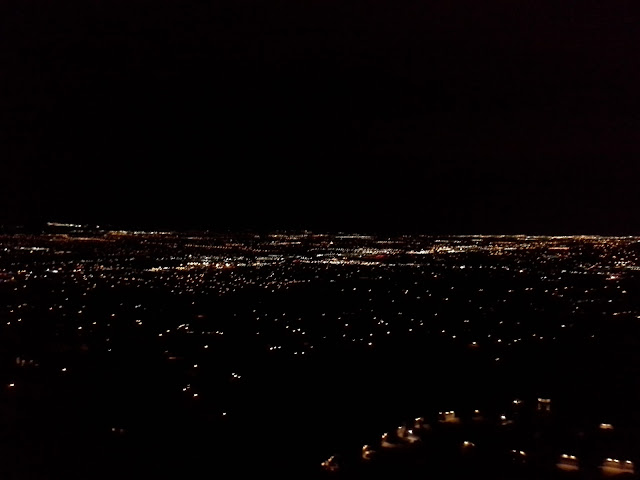 Giant bear sculpture at the top the Maple Hollow trail. 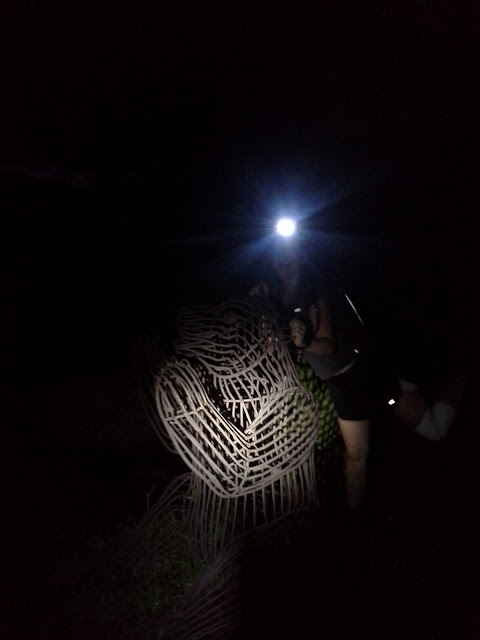 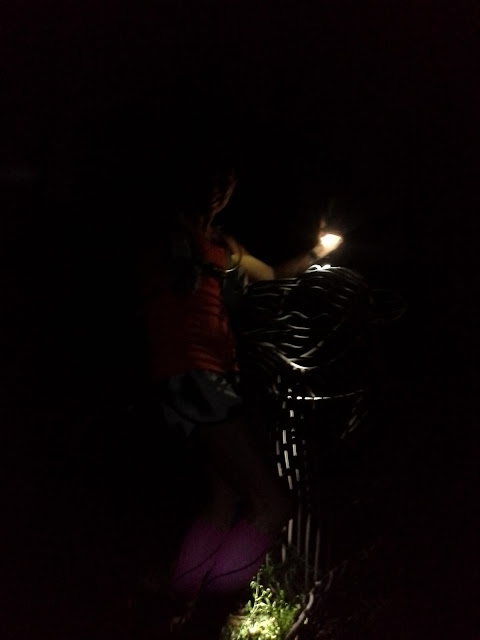 And a parking lot!  There is a trailhead on the top of this mountain, along with some very large houses. 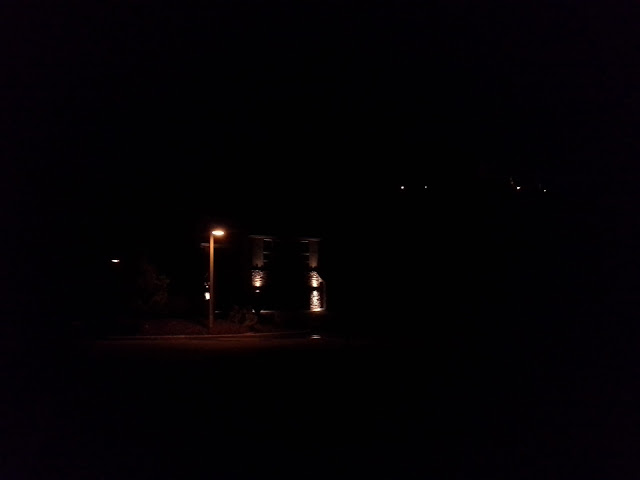 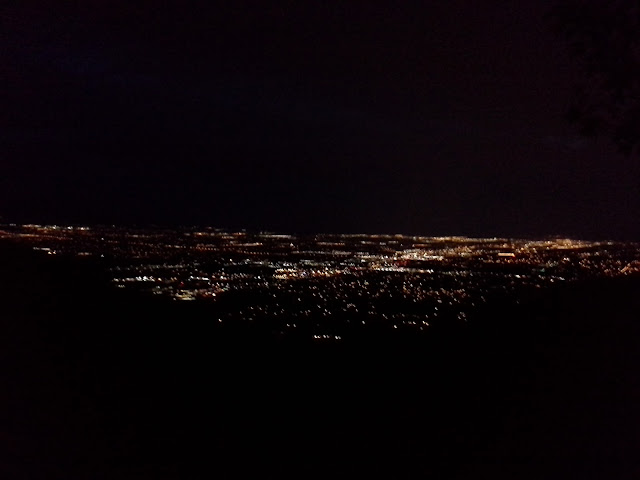 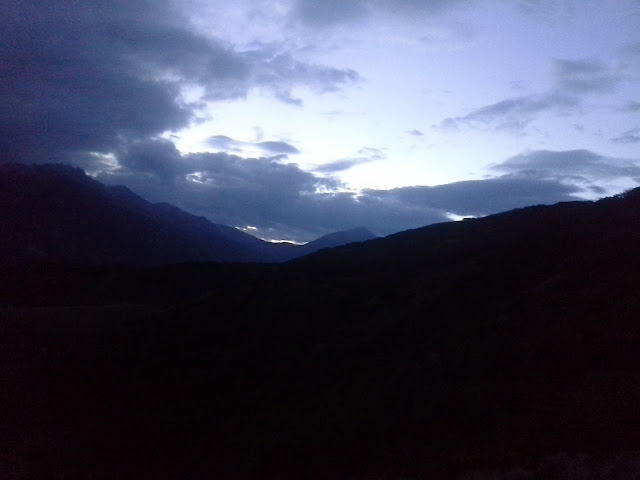 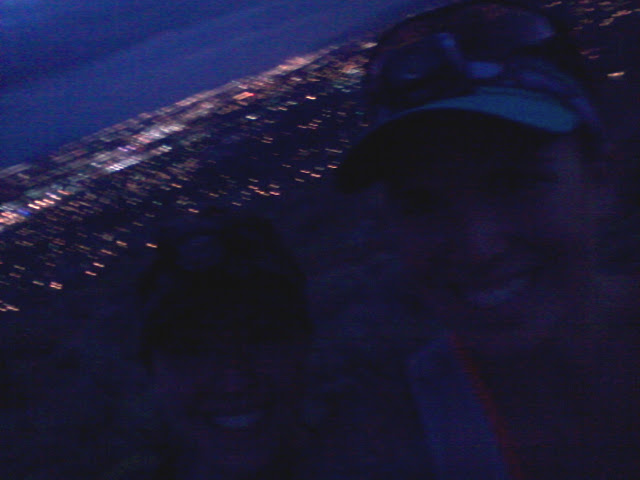 The sunrise was spectacular. 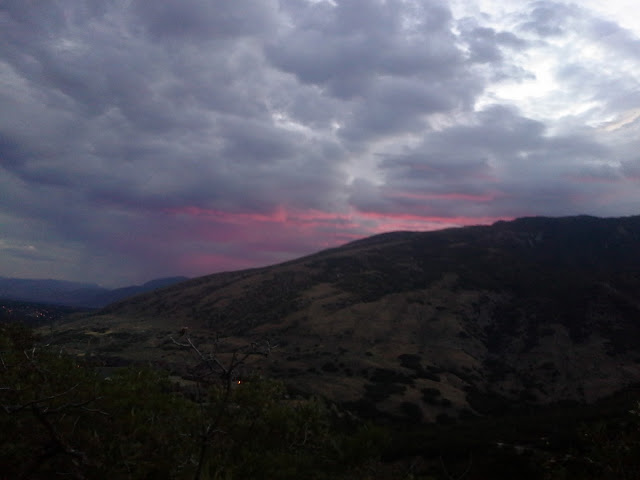 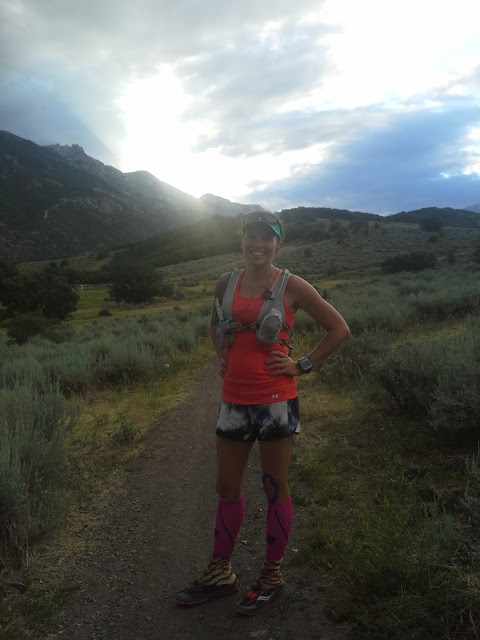 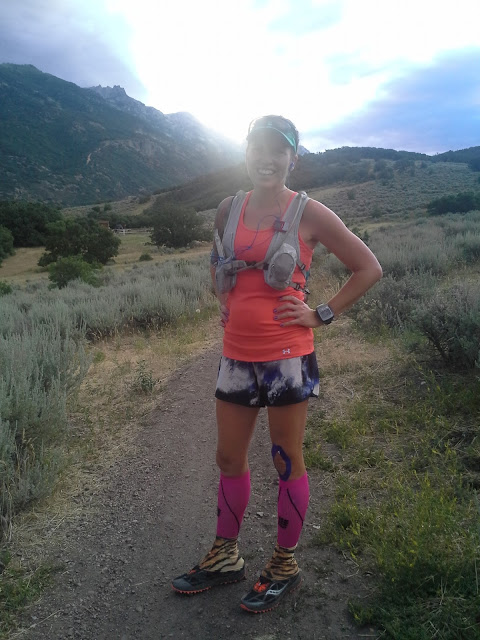 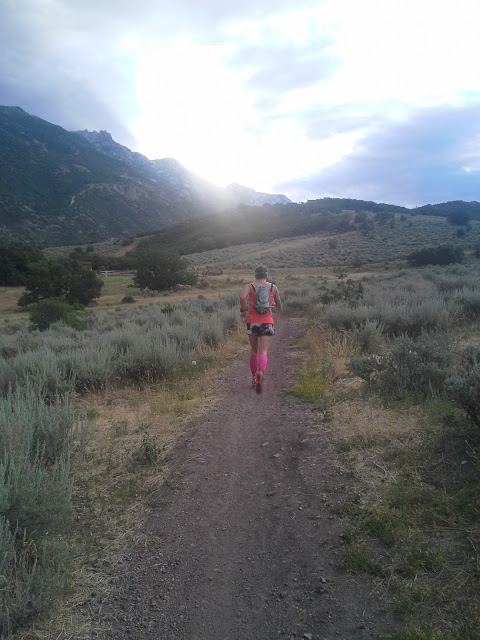 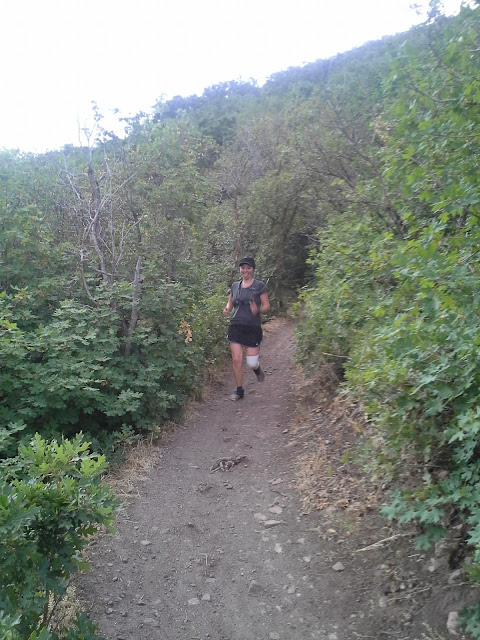 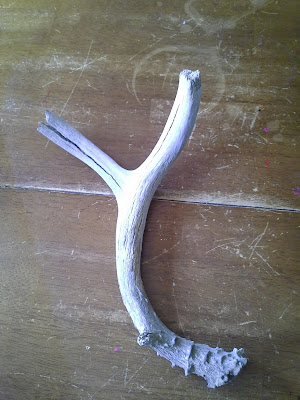